All theese seeds which are used for making cold-pressed oil almost have the same properties. They contain essential fatty acids, which are necessary for the human body. They are all rich in energy and are source of proteins, minerals, vitamins. They increase the immunity system, improve the brain activity, maintain the normal weight and the most important thing, are very delicious and healthy. 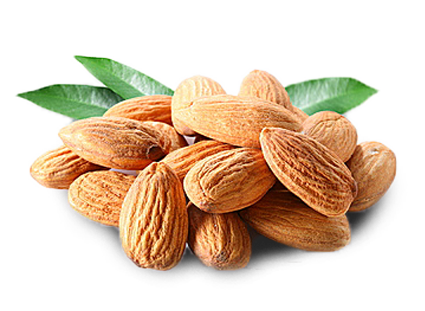 Domestic almonds are said to have first appeared during the Bronze Age, between 3000 and 2000 B.C. and were mentioned in the Bible as well. The benefits of almonds were well known in Greece and Italy prior to the Christian era, as well as in classical Shakespearean writings. Almonds are off-white in color, covered by a thin brownish skin, and encased in a hard shell. They are classified into two categories: sweet, which are eaten and bitter, which are used to make almond oil that is used as a flavoring agent for foods and liqueurs. Almonds are complete source of energy and rich in mono-unsaturated fatty acids that help to lower LDL or “bad cholesterol” and increase HDL or “good cholesterol.” They are also an incredible source of vitamin E and minerals such as manganese, potassium, calcium, iron, magnesium, zinc, and selenium. Almonds have be shown to increase brain activity.